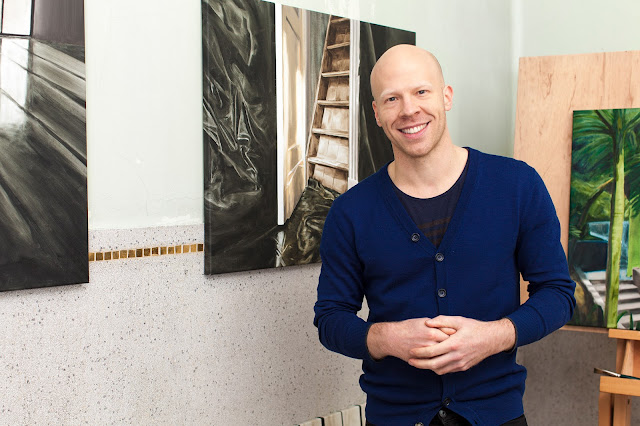 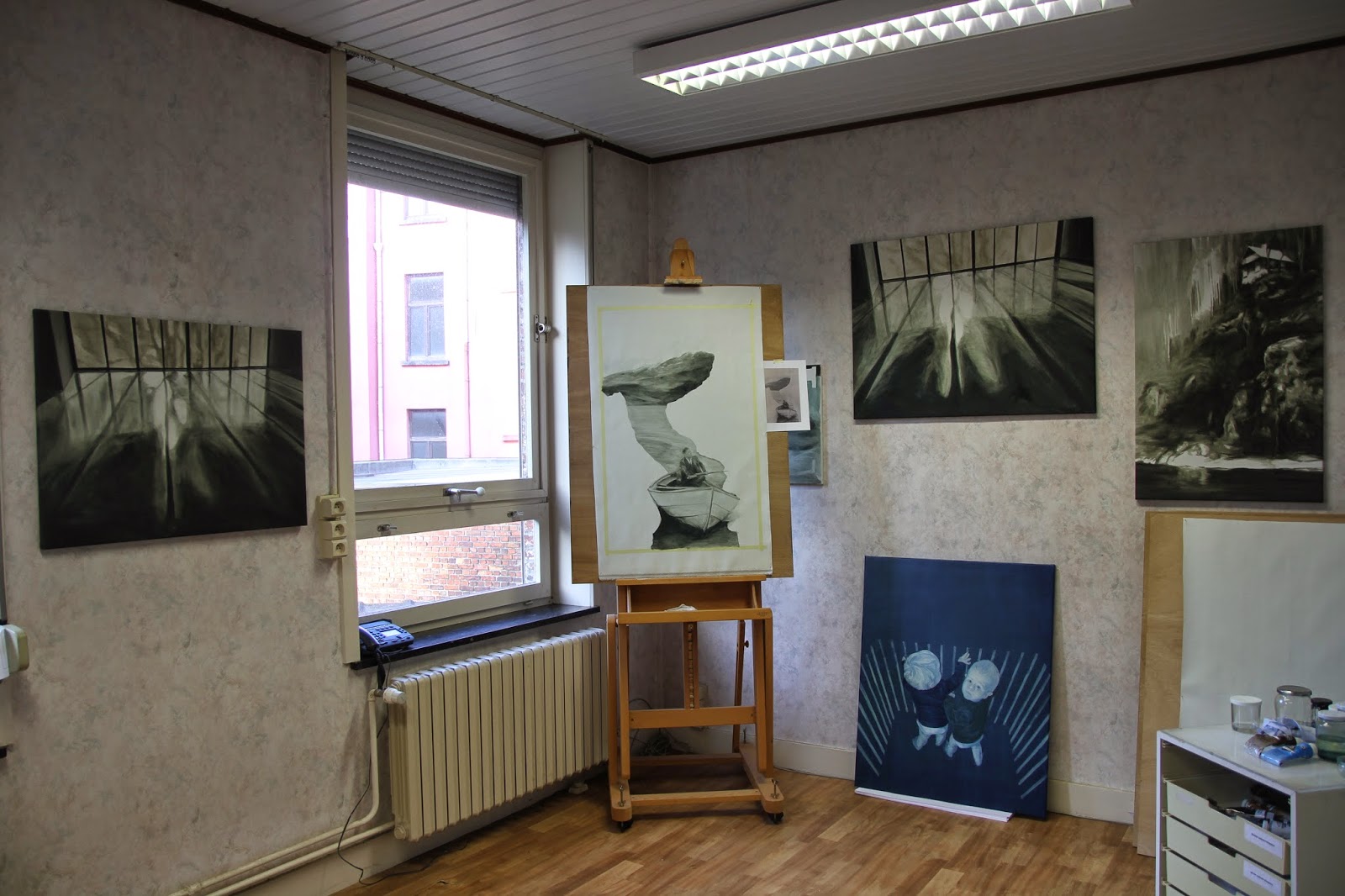 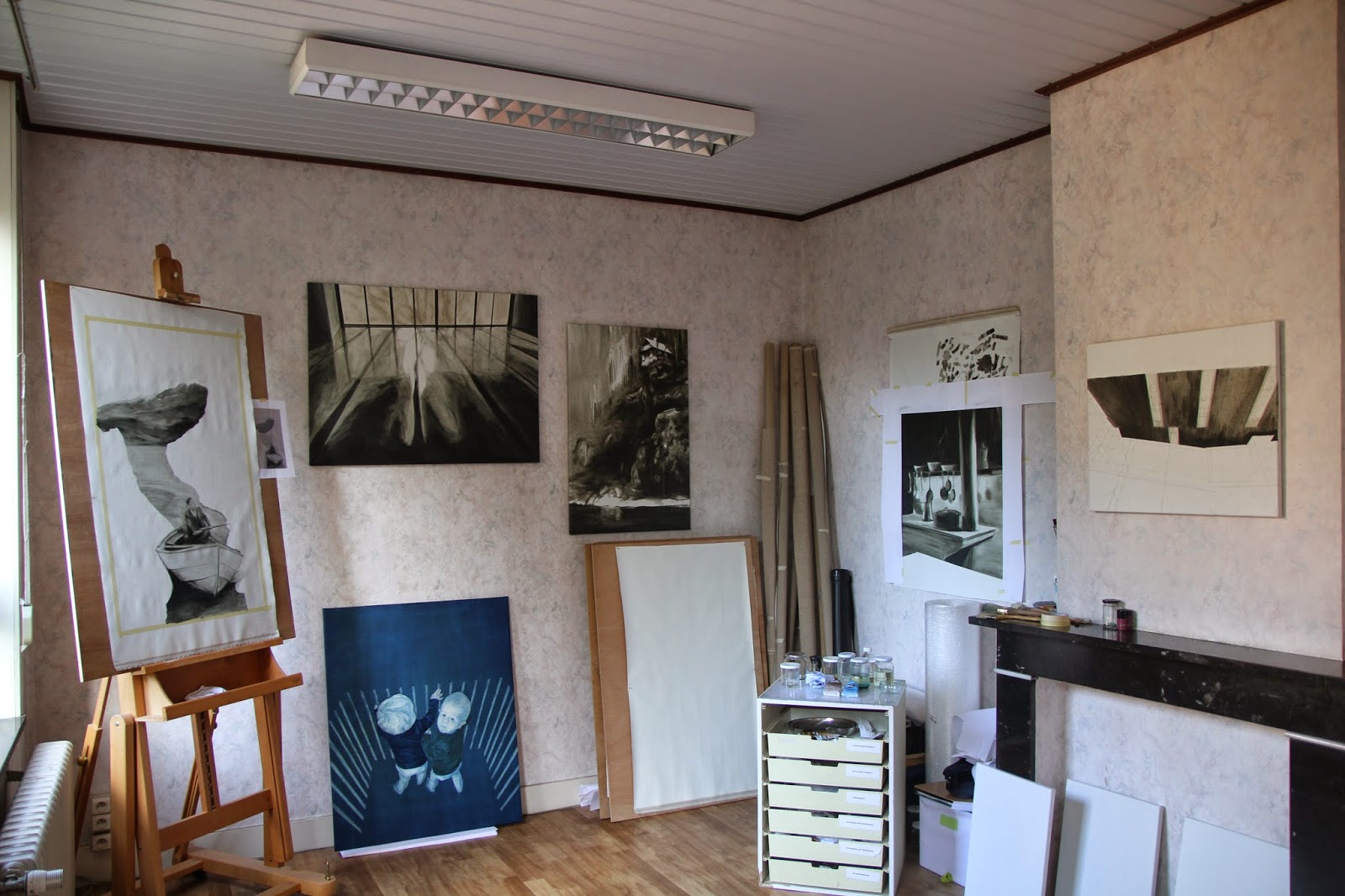 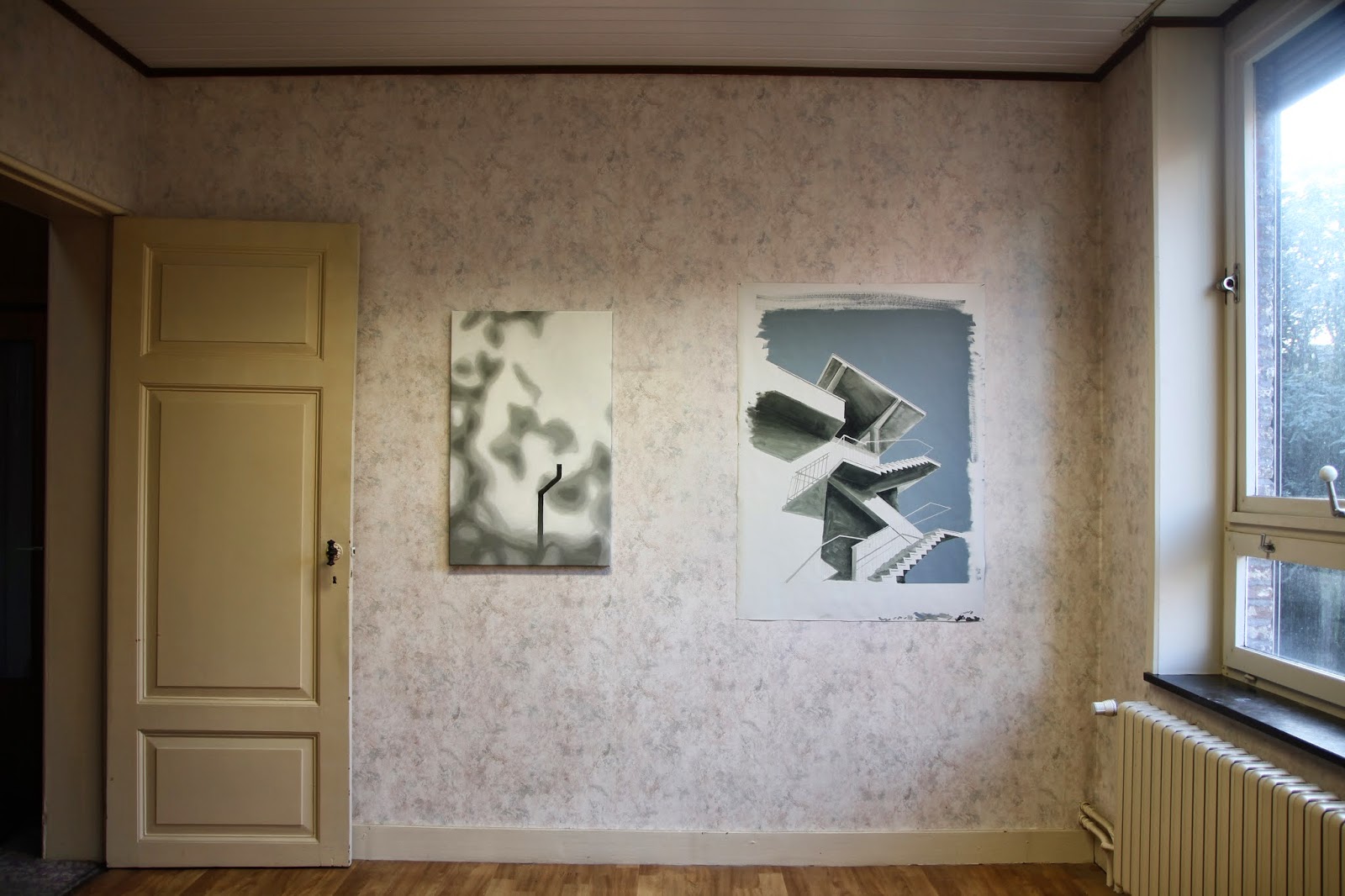 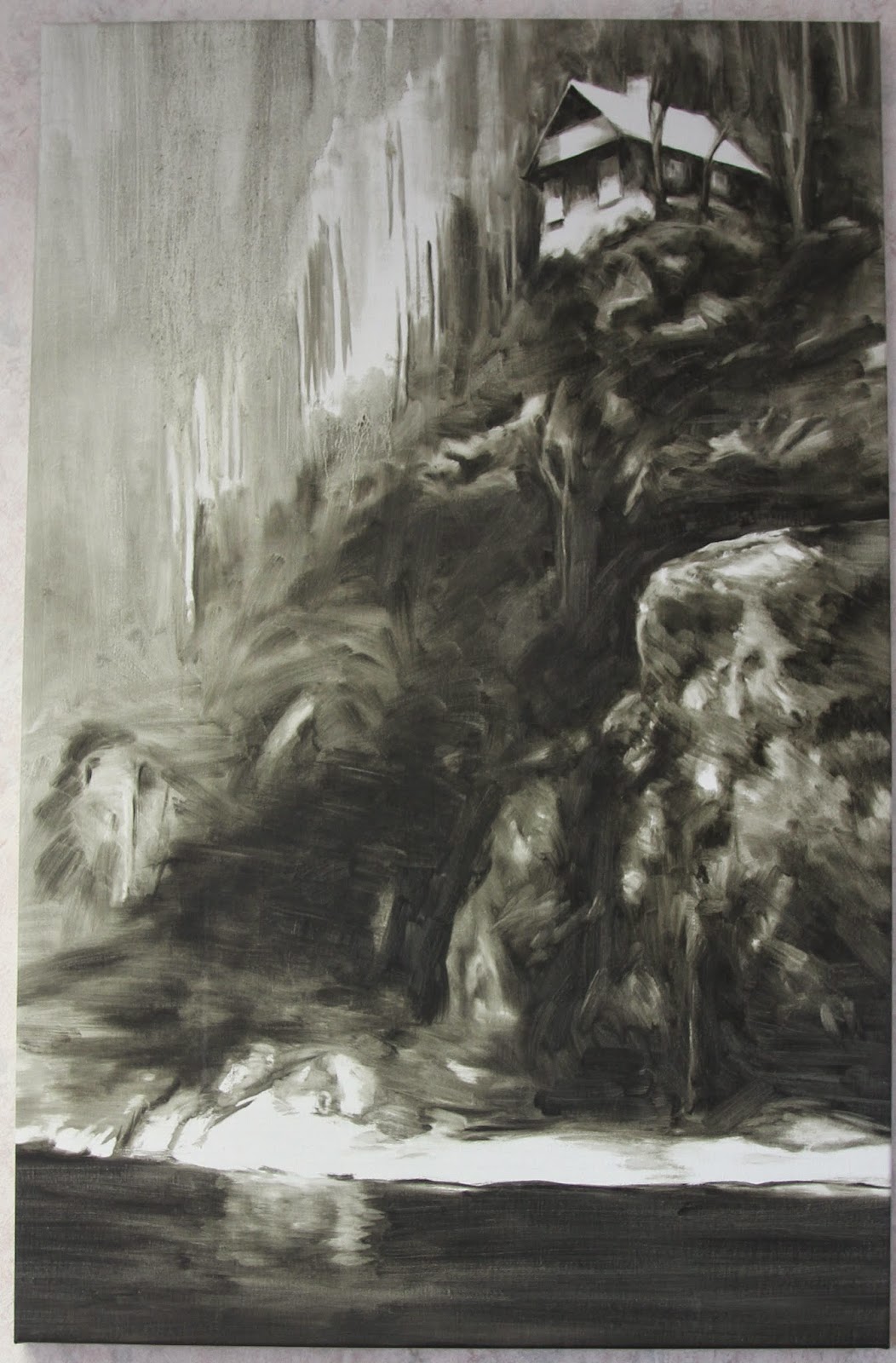 Kids rarely make for an interesting subject for a painting. When asked to make a painting of my nephews I was a bit reluctant. A picture of them playing in a baby crib seemed interesting: the bars gave depth to the image.
The first version was painted quickly: shades of white on an orange background (I had done similar experiments). While I wasn't particularly pleased with the result, the rough lines of the bars suddenly reminded me of Francis Bacon's "Man in Blue" series. For the final version I decided to translate that idea, using a prussian blue (mixed with ochre) background (white was mixed with red and ochre for the skin tones).
In the end I decided to frame the picture so that there was an opening at the bottom of the image. Thus altering the image from a prisonlike space to a more abstract play of lines.

(self) portrait made for the catalogue of the group exhibition "There are stories of coincidence and chance and intersections and strange things told and which is which and nobody knows" (November - December 2013 - Ghent) © NUCLEO
Labels: exhibition, work 2013 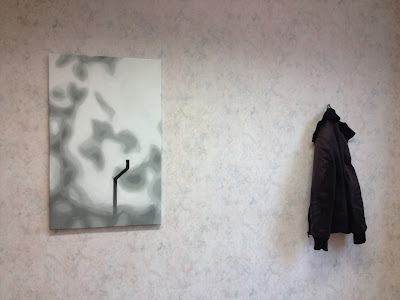 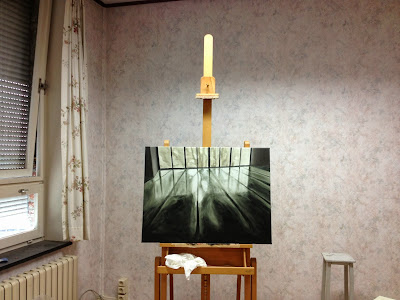 New studio. New work.
A room in a former rectory, hence the curtains and wallpaper.